The journey to Muzdalifah was typical - the coach broke down! Story of my hajj trip - dodgy transport! Thankfully it was sorted in about 15 minutes - and we soon arrived in Muzdalifah.

The purpose of us staying in Muzdalifah was to collect pebbles for the following three days of stoning the 'devil' at Mina. It's part of the hajj ritual to stay the night in Muzdalifah as the Prophet Muhammad (peace and blessings be upon him) did.

When reading about Muzdalifah it's referred to as a desert, but the reality is its a wasteland packed full of people- oh so many people - picking pebbles! Like in Arafat there were areas but space was so limited - you really just find an area with space and stick with it.

Once in Muzdalifah its tradition to combine isha and Maghrib prayers - dependent on the time you arrive there. So our first thing was to get a spot and pray, all well and good until the lady next to me stood on my foot (typical congregational prayer hazard) and I screamed out in the middle of the prayer - oops. My foot was on fire and once the prayer was over I burst into tears - the pain and the long day got the better of me.

Thankfully I snapped out of it quickly - and got on with picking my stones - my technique was to pick those closest to where I was sat! Other people took it to another level! It was like each stone had to be perfect and if they saw stones next to where you were lain down trying to sleep that didn't deter them!

I have some tips for Muzdalifah: 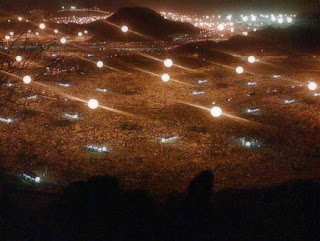 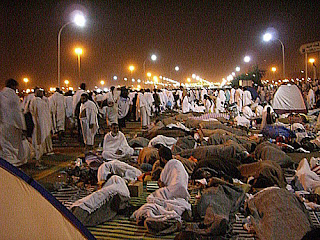 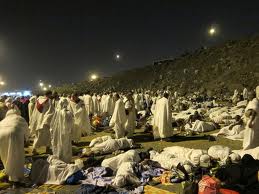