The Journey to Makkah

I guess the beginning of our Hajj was the journey. And boy was it a journey. Hold on tight people this is going to be a long post.

First we had to travel from Leeds to London. Thats a cab to the station and then a 2 hour and 15 minute journey which went well.

Once in London we had a few hours to kill so we went to pray Dhuhr and have lunch. This meant spending a whopping £17 on the left luggage service!  Lunch was fabulous and I ate waaaay too much. I have not yet discovered a decent Turkish restaurant in Leeds so we headed up to Hala (http://www.timeout.com/london/restaurants/venue/2%3A23022/hala ) as thats a fave of mine.

So we then had the great Piccadilly line to tackle with our suitcases in rush hour. We managed it - but my God did that train remain determinedly full to the rafters all the way to Heathrow. 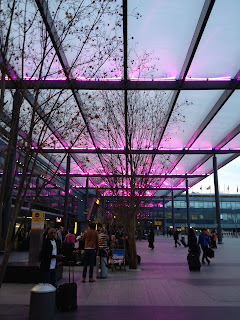 Heathrow terminal 3 (personal pic)
So we reached Heathrow Terminal 3 full of excitement. A teensy bit early but thats ok - we are nervy travellers (well I am!) and prefer to be early than miss a plane. We went to pray Maghrib and I got chatting to a few sisters taking requests for duaas and met a couple who had missed their flight and were distressed (irony).
And dear reader this is where it got messy.
We had indeed missed the plane. As you will know from my first post we were not informed of our flight. We spent 5 stressful hours trying to get onto the flight we thought we were meant to be on as standby only people kept coming at the last minute and the estimated 34 spare seats went down to about 4. Rather cruelly the agent's accomplice picked a few from the group that he wanted to go through.  The range of emotions I went through was horrid, from crying to yelling at various people.
So exhausted we went to find a hotel. That night we stayed at the Premier Inn which was a reasonable £86. The bus that took us there was a not to reasonable £12.  An awful night was spent - I barely slept - and when I did it was to have nightmares about not making flights. I was relieved to get back to the Terminal the next day - determined to get on the next flight.
This time we were made to wait about 4 hours. There were only 4 seats on the plane left and this time the Egypt Air man was prepared. He had made us list our names the night before. The first 4 people on the list were to go. The first name he called was Khadijah. Khadijah was an elderly lady who's son we had befriended, and her son Abdul-gani was second. The next name was my husbands! and the last - was me!!!  We had to cough up £250 each which was fine....I would have paid a lot more....I was going to Hajj - this was do or die!
We had to rush through to the Gate to board and that was manic. Khadijah lost her handbag in the process, and then her son decided to leave the gate to go back to look for it. Stress-a-rama. We ended up waiting to board for a little while as the flight ended up taking off late.
As soon as we boarded we were shown to our seats, it was then I realised my £250 had bought me an upgrade! 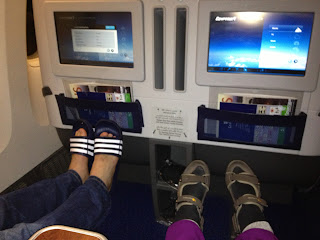 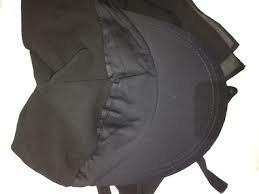 Hajj style niqaab (web pic)
Mens ihram is 2 pieces of cloth is white with no stitching. No stitching is allowed for men at all including footwear. Plastic flip slops and crocs are in abundance! The clothing is meant to make men equal. We are all hujjaj whether you are a prince or a pauper. However the quality of the ihram differs. Some are patterned and some have poppers (permissible) which I guess avoids the scary chance of falling off or flapping open! No stitching = no underwear!
I am mentally preparing myself for a long wait in Jeddah. Considering we landed in Cairo at 9pm last night and are flying out at 3.30pm - I can't imagine a wait that will rival this! (well I remain positive about that anyway!).
We need to get our hajj draft sorted at the airport and then get a bus. i am hoping the stories of hot food at Jeddah are true, food today has consisted of a few chocolates, crisps, a banana and a wafer bar. I doubt I am losing weight despite not eating much! 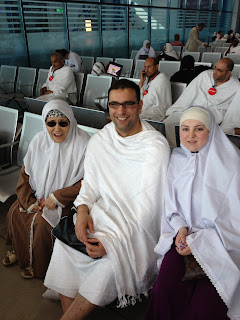